Last Monday, officers from Game & Fauna Service Cyprus visited an area with wind turbines near Kosi – Ayia Anna. The reason was the static signal sent from the transmitter of a Bonelli’s Eagle, tagged under LIFE Bonelli EastMed Project. After the field research, the eagle was found dismembered, seeming to have been hit by a wing of a nearby wind turbine.

This is the first case of a Bonelli’s Eagle being killed by the impact on a wind turbine in Cyprus. In other countries, collisions with high-voltage cables or wind turbines, along with electrocution, are considered significant causes of death for large birds of prey, such as the Bonelli’s Eagle.

Under the LIFE Bonelli eastMed Project for the conservation of the Bonelli’s Eagle in the Eastern Mediterranean, in which the Game and Fauna Service is a partner, 25 Bonelli’s Eagles have been tagged so far with a satellite transmitter in Cyprus. The dismembered young eagle was tagged with a GPS transmitter on September 26th, 2020 and was found dead on October 12th, after his movements became unnatural and the signal was emitted from inside the Wind Power Station in Larnaca, raising suspicions of a collision.

Of the 25 tagged Bonellis’ Eagles, five are dead by now: one from the impact on the wind turbine, two from poisoning, one shot in Northern Cyprus and one appearing to have been attacked by another predator.

Mortality from the aforementioned anthropogenic factors is in fact much higher, but detecting and recording such events is very difficult if the birds are not tagged with a transmitter. Thus, many fatal events are unfortunately lost without being detected and recorded.

According to the Protection and Management of Wild Birds and Game Law, the Bonelli’s Eagle is a strictly protected endangered species and the fine for killing one is €16,000. 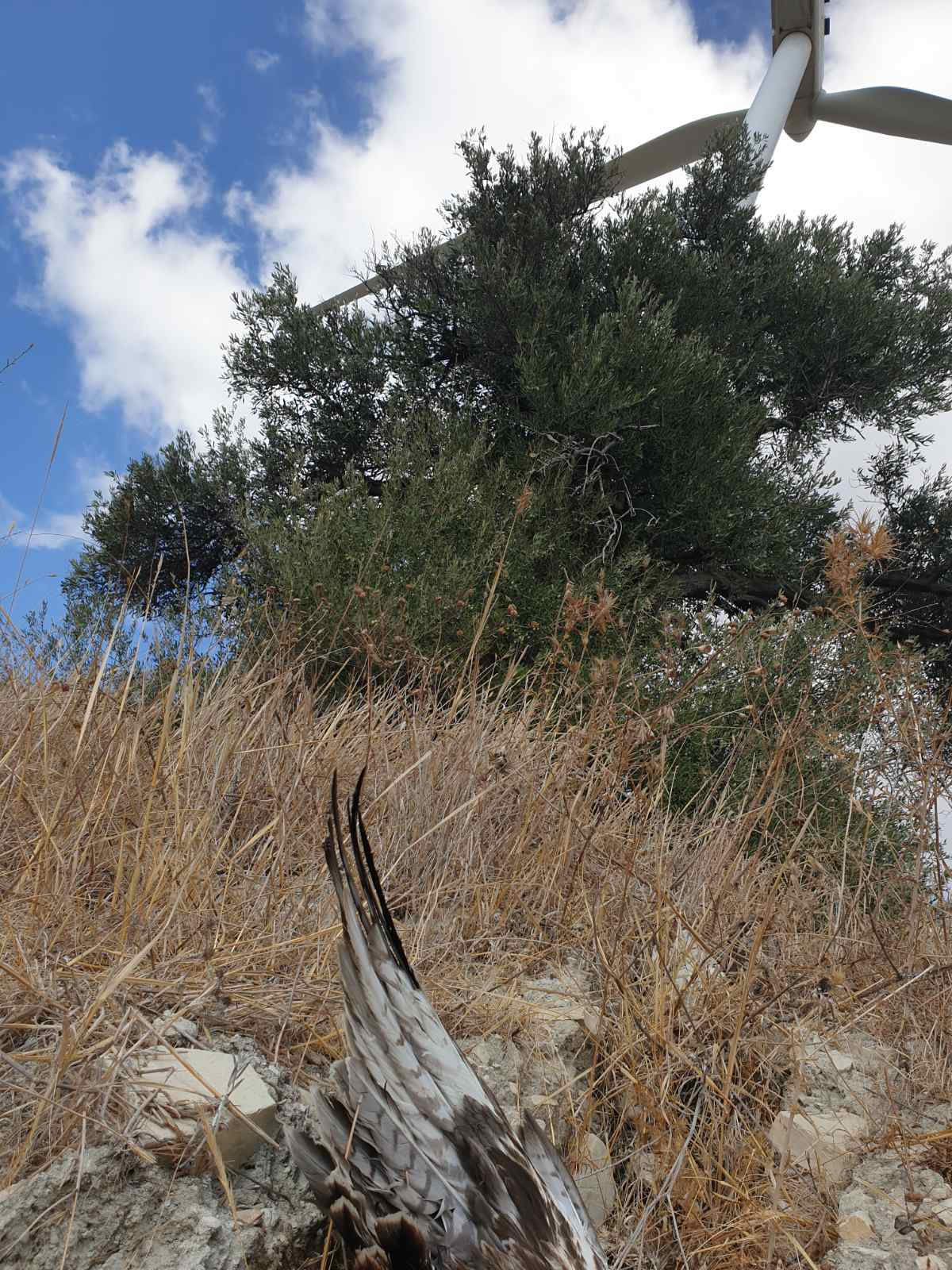