Reproductive success is not guaranteed!

A Bonelli’s Eagle couple has been monitored by the LIFE Bonelli eastMed team during the last two years in a picturesque area of the Rethymno region, Crete. Unfortunately, this couple did not achieve successful reproduction during both these years: no offspring was produced, despite of the female laying two eggs every year and incubating them carefully.

This failed effort poses the following questions: Is there a microbiological factor that prevents incubation? Is the reason related to any form of toxicological or biological factors?

There is only one way to track down the problem: taking samples from the eggs. So, this year, as soon as the mature eagles abandoned their nesting attempt, leaving the eggs behind, our team was ready and, with the help of climbers, the unhatched eggs were obtained. 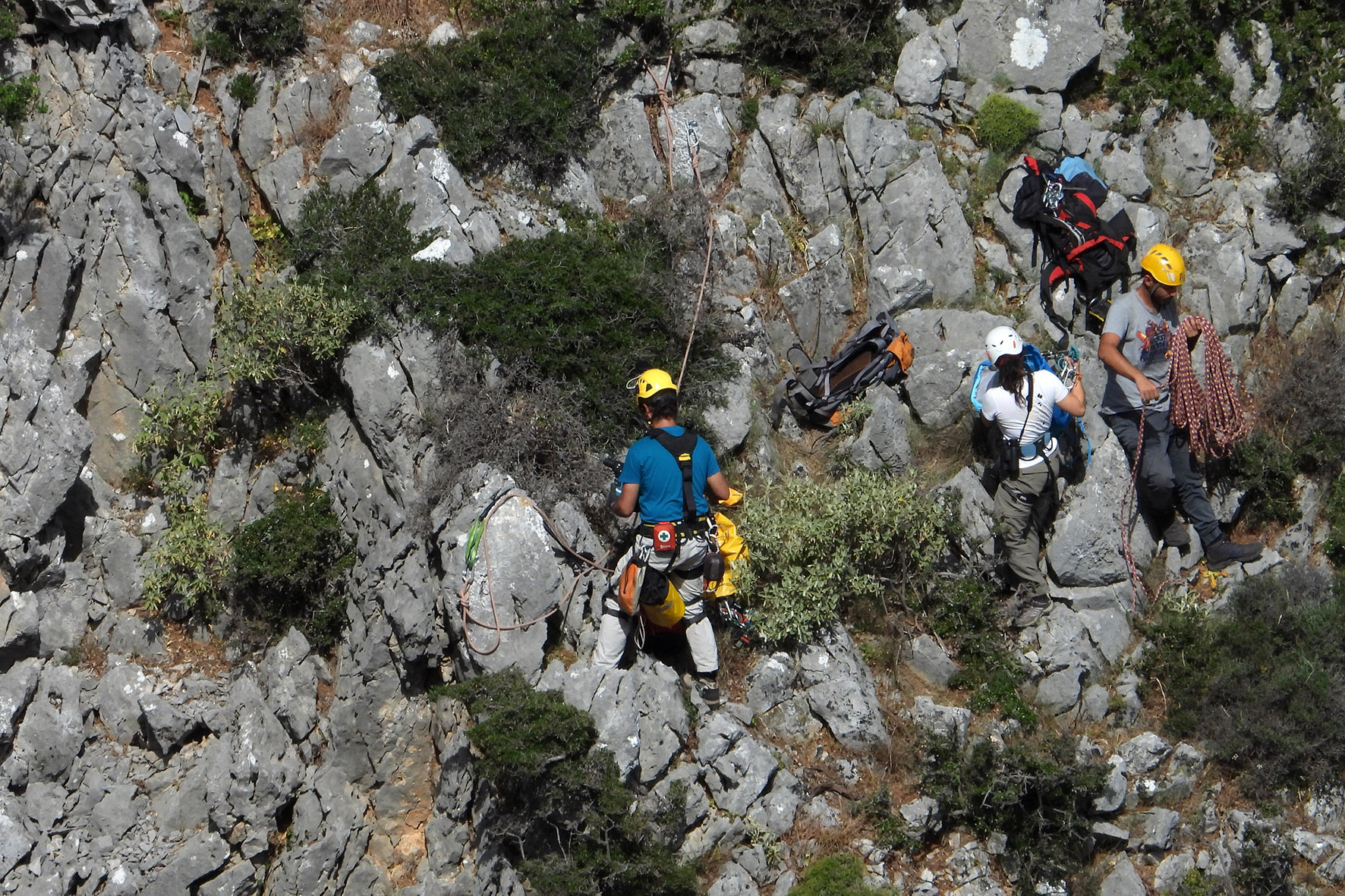 Subsequently, they were taken to the laboratory, where morphometric data were collected and subsequently they were opened, using a specific method in order to take samples. The shells are just as useful as the content of the egg for the tests to be performed.

We are awaiting for the results, in order to unravel the reproductive mystery of the unlucky couple… 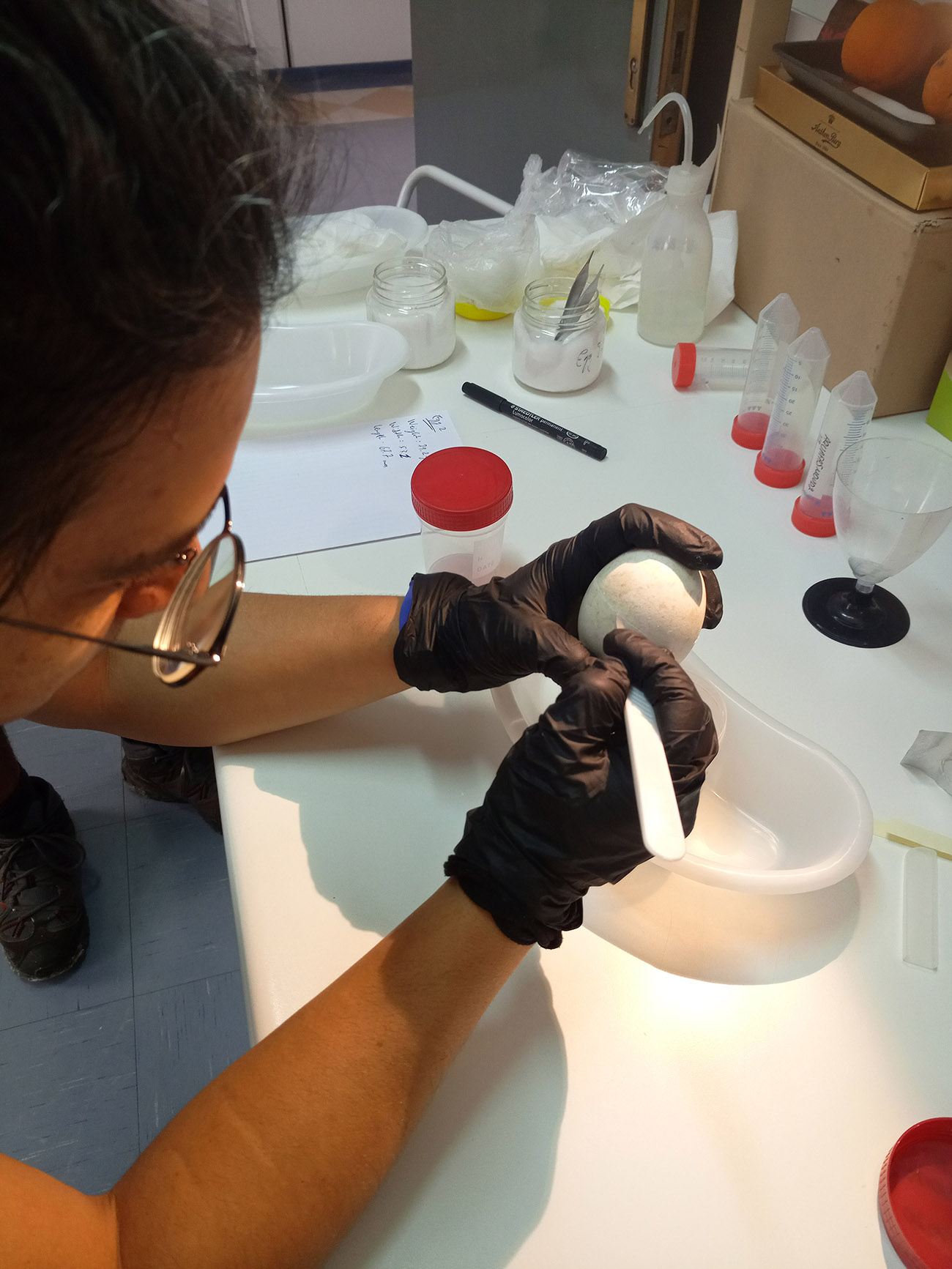 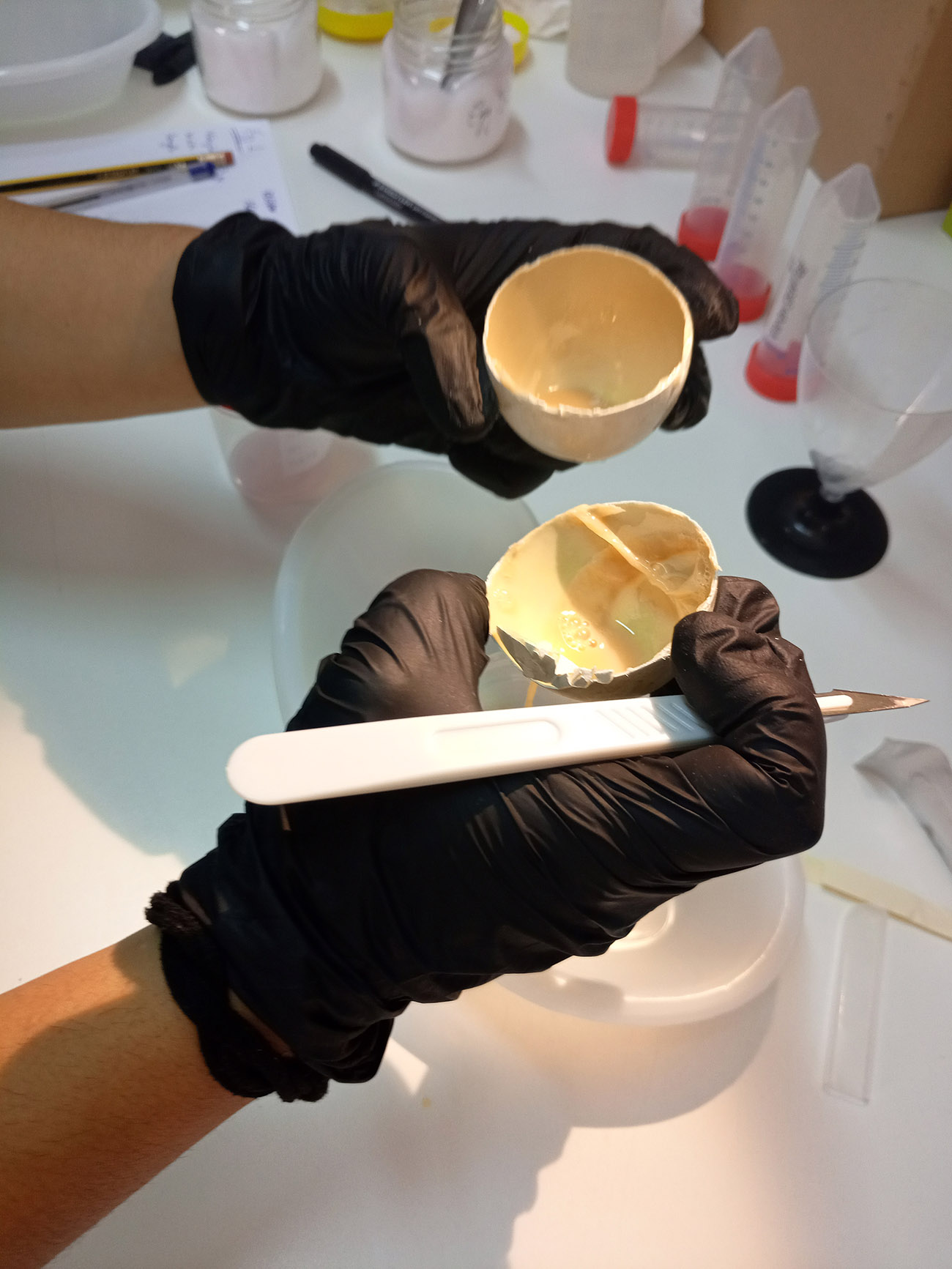